The Art of Drag – TNG

I’ve posted before about the glorious art form that is DRAG, so consider this post The Art of Drag – The Next Generation.

A couple of weeks ago I had the privilege of being the official photographer at a rather phenomenal event here in Saskatoon.  It was the True Colours Drag Show hosted by the Avenue Community Center.  All sorts of performers, from current Drag Superstars to those who are the future of the art, all performing together in a grand spectacle.  It really was a brilliant night, and I am so thrilled to have played a part – even just a small one.  So here are a few names to remember:

The Pre-K Graduation (photos and videos)

So, yesterday was kid-kid’s pre-k graduation.  The kids all did such a great job, and they were all so patient (it’s hard waiting to hear your name called through TWO classes worth of little ones).  Lots of people have been waiting ALMOST as patiently for photos and videos – so here they are.

Now, before we start the videos, please note:  The girlie had her hair done beautifully.  I left her in her classroom about twenty minutes before they came down to the gym…  how you see her, is how she came down.  LMAO  It took every ounce of willpower to ignore my OCD self and NOT rush over and fix her pretty little headband.  But I didn’t.  I left it as is, and she felt good about herself (me mussing with her would not have been good for her self esteem – and we love her as she is, mussed up tresses and all).

Here they are performing “clap, clap, clap your hands”.  Watch afterwards…  little Alyssa runs to the edge of the stage looking for her mom, hoping for a little assistance.  LOL  Too cute!  Oh!  And yes, my daughter is the only one in the entire class who insists on bowing and taking her due credit for her performance.  LMAO  No…  she couldn’t possibly be MY daughter.  heh heh.

Song number two – all about what they learned this year in pre-k.  😀

The girlie sings this song all the time, it’s one of her favourites.  We spend a lot of time answering questions about why they’d have a rat chasing away a snake when snakes eat rats…  which always cracks me up.  She takes it all so seriously.  😉  But honestly?  Why do they have a rat chasing a snake?

So…  what do you think?  Maybe another performer in the family?  LOL

Damon (who took all the videos for me – thanks so much!) missed the very beginning of this next bit.  Ms. Tracy introduced each of the kids, and said a few words about them before giving them a book and their certificate.  Of course, our little one – who goes to school dressed as a princess or a fairy (and slightly less often as a cowboy or pirate) half the time, was introduced as “Miss Lily-Ann Marie Smith Princess Cinderella”.  😉  And as for the comment that they watched her “become smart as a whip”?  We think she always was.  LMAO

Back when she was only three, and in her first year of pre-k, Lily-Ann had both a “boyfriend” and a “girlfriend” (the second of which is still her bff, even though she went off to kindergarten and kid-kid didn’t).  And that boyfriend title stuck, as Cale also stuck around for a second year of pre-k.  I made sure to grab a quick photo of the two of them on their way into the school for their pre-k graduation.  All dressed up, and SUPER cute: 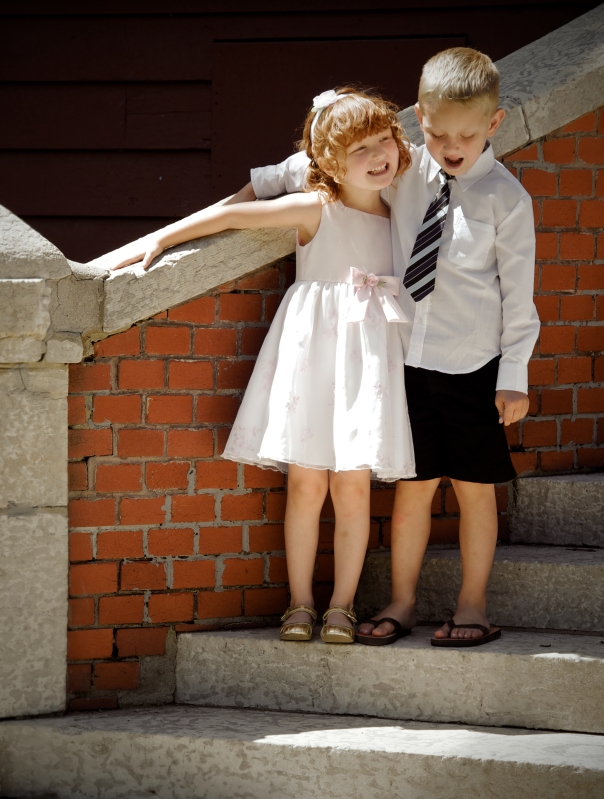 Lily-Ann & Cale – a couple of cuties

Lastly is the girl with her best bud from this year.  Parker is seriously the sweetest little boy ever.  He helps Lily-Ann with her fear of heights, always waits for her to make sure she hasn’t gotten herself into trouble, and is by her side about 80% of the time.  He really is such a huge sweetheart.  I’m so glad she’s got a friend in him.  🙂  So, I had to make sure to grab a shot of them after their grad: 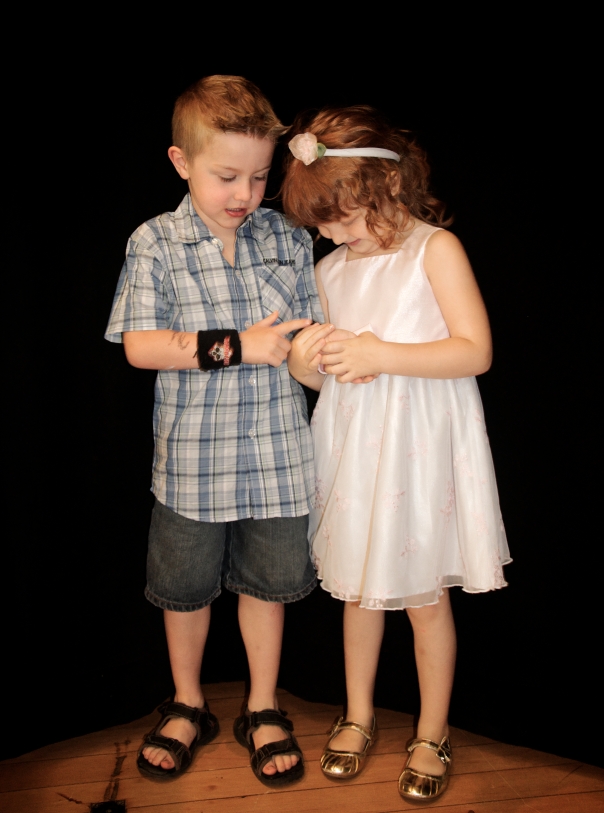 Lily-Ann & Parker – a mom can’t help but hope he makes it out of the “friend zone” some day.

So thanks for sticking with me through this video and photo laden post.  It was a very special day for the girl and us.  Can’t believe she’ll be on her way to kindergarten this Autumn.  I blinked and my baby girl is already a school kid.  How exactly does that happen?

The girl’s best day! (loaded with photos and videos)

Well, today was another busy one with the girl. And at her insistence I took pictures and videos throughout our afternoon. It was definitely one worth remembering. Heck, as we walked out of the school gym after taking a photo with the guys from Hoja she exclaimed: “BEST DAY EVER!”  So, even though it was bright sunshiny and beautiful when we left to walk to school, and (with no rain in the forecast or grey cloud in the sky when we got there) we gratefully had to borrow Ms. Tracy’s umbrella for the walk home?  It really was a lovely afternoon. 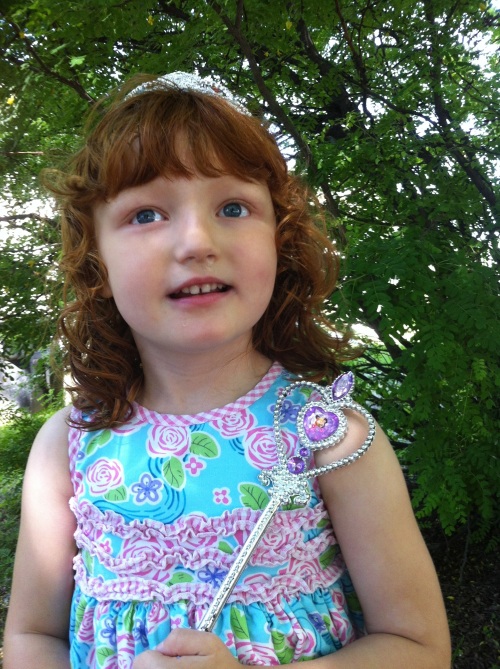 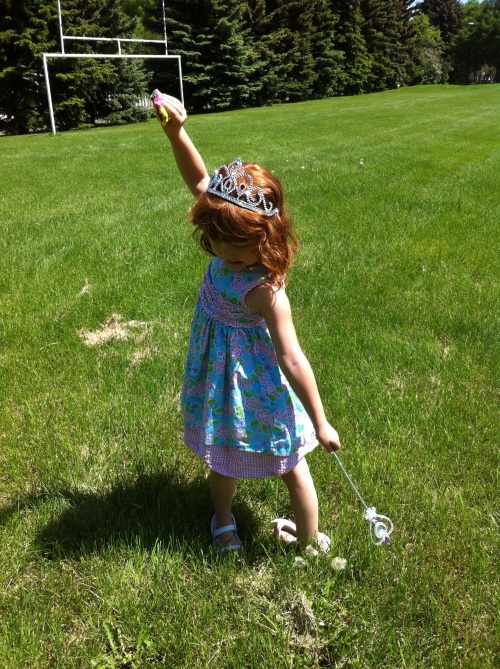 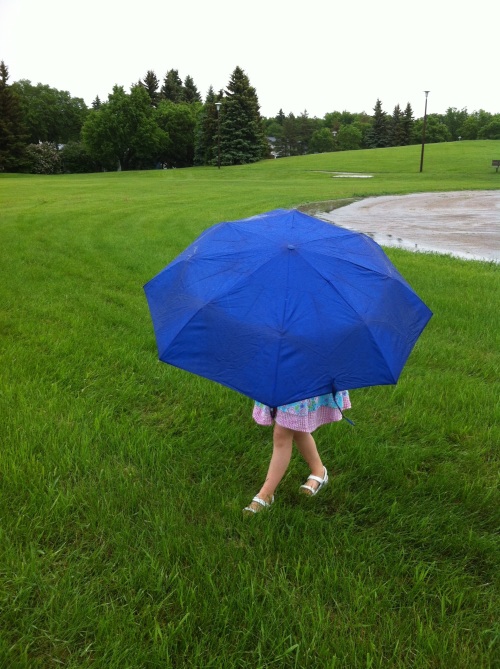 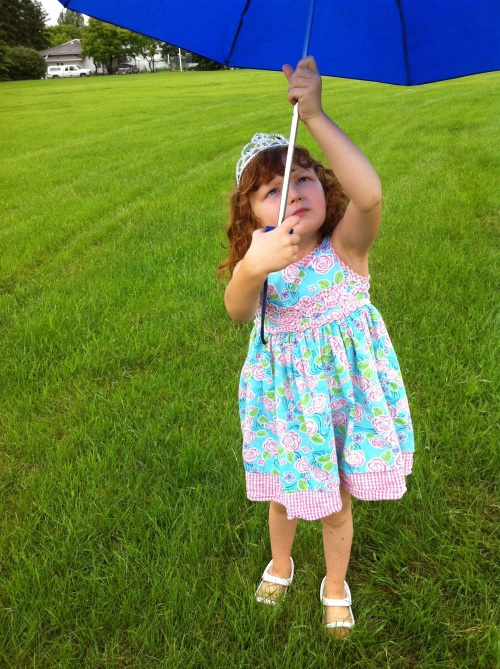 And in case you’d been wondering, Lily-Ann asked the guys from Hoja what their favourite farm animals are.  Turns out Matt (the fellow with the beard, who was absolutely amazing with the girl… seriously super sweet fellow who couldn’t have been nicer to her) loves cows.  He likes their bells and the silly way they move.  Dave and Jesse both prefer pigs; Jesse (the young kid in the center) thinks they’re cute while Dave (who received gasps from the students when he revealed – shockingly – that he is THIRTY) likes the noises they make.  The girl?  Being swayed by her animal sign likes pigs too.

You can check out Hoja at http://hojaworld.com.